Week 37 – Compassion For The Refugees – The Desire To Live 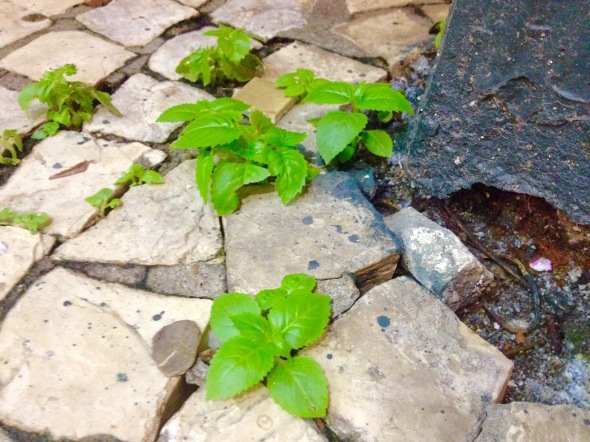 Those leaves in the crack revealed they had struggled to grow through the crack to reach surface to survive.
They thought once they reached the surface they could have a better life.
One who liked them, walked pass with a smile, and one who didn’t “see” them, step on them, ended their hopes and lives.
This photo was taken one night on a street when I was heading home after dinner. At the moment I photographed this photo, I thought of recently refugee crisis in Mediterranean.
People are dying and suffering, their homeland has became war field and they are fleeing continuously from war and conflict to European country. They struggle across the ocean on overcrowded boats seeking for shelter. Some survived, but some buried in the ocean.
I believe that every living beings have the desire to be happy and to overcome suffering. And this desire should be equal.
I believe that this is the hard time for the refugees, but also the time to test one’s compassion.

This entry was posted on September 12, 2015 by ristinw. It was filed under Life Wisdom, Randomness, Thoughts and was tagged with Life, nature, refugee.