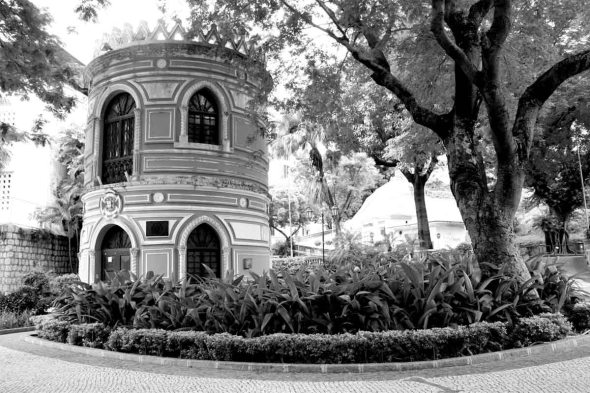 Built in 17th century, to defend Macau against outside attacks. These original fortifications were replaced by new barracks in 19th century to help protect the city. Luckily, the barracks remain untouched. No attack was ever mounted from across the border. Today, the barracks are home to the local police, as well as home to some old cannons from days long gone. 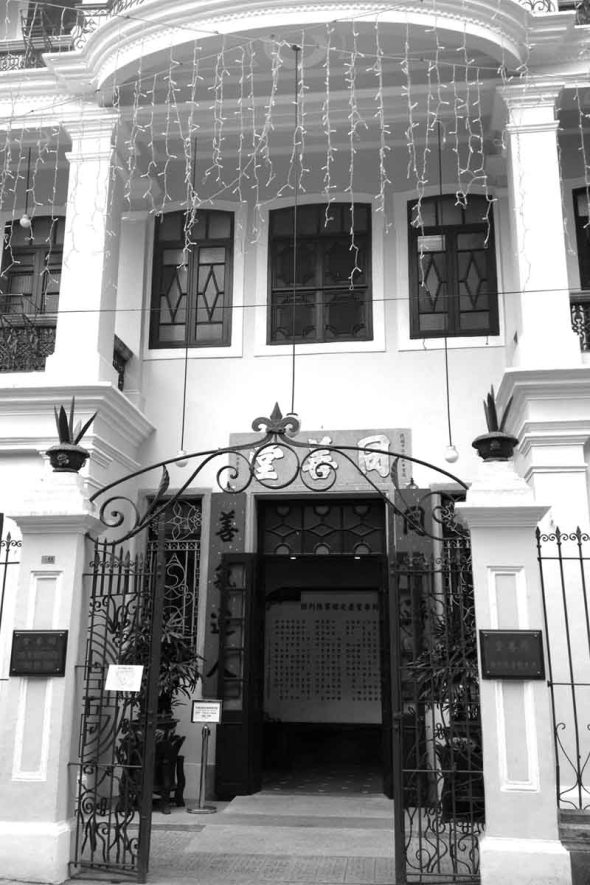 MACAU TUNG SIN TONG CHARITABLE SOCIETY
Macau Tung Sin Tong (同善堂) was the first Chinese charitable organization established in Macau in 1892. Since the year of establishment, the charitable organization has provided free medical cares and education for those in need and has saved a lot of people, including war refugees during WWII from dying hunger.

The words of the name of the organization, “Tung Sin Tong ”(同善堂), represent the following meanings:
同 – together; be the same as
善 – kindness; goodness
堂 – hall; big room

As I entered the hall of Tung Sin Tong a feeling of gratefulness ran through my veins when I saw what looked like over a hundred portraits of past contributors hung upon the wall. Those past contributors did a lot of goodness for others. Their act of kindness and contributions did make a difference.

This picture was taken at the headquarter of Tung Sin Tong, which was the place where people were taking care of in the past. At the present, Tung Sin Ton continues to provide free medical care, education and baby- sitting service, as well as promoting charitable activities to the public.

I wish the spirit of this kindness remains forever…

Last year in October, Fok Yun was found by a couple in the market, hanged upside down inside a fishnet, waiting to meet his fate. The lovely couple, instead of leaving the distressing scene alone, compassion was aroused, they stopped to free the big tortoise.
From that moment, the big tortoise’s destiny has been rewritten.

The lovely couple bought the tortoise. Then, with help from friends, a group of kind-hearted people, help applied licenses, and finally, took the big tortoise to Macau. Later, they named the tortoise as “Fok Yun” (福緣). Also, they found him a peaceful place to live.

There is a saying, “Once a destiny has been decided it cannot be changed.”

I’m wondering if what it looked like to be a turning point of the fate of the tortoise was also a part of the destiny. Did the tortoise escape from his destiny? Or, was the story of the escape from the market was merely a part of his destiny? I don’t know, and I guess that the answer may not be an absolute answer. It may be something very different from what I could think of.

Anyway, I don’t think it matters now, what most important is that Fok Yun, the tortoise, is now enjoying his life, peacefully, in a peaceful temple in Taipa.

Life is precious. Even a life of a small animal or an insect deserves the right to live.

Hope the world fills with joy, love and compassion. 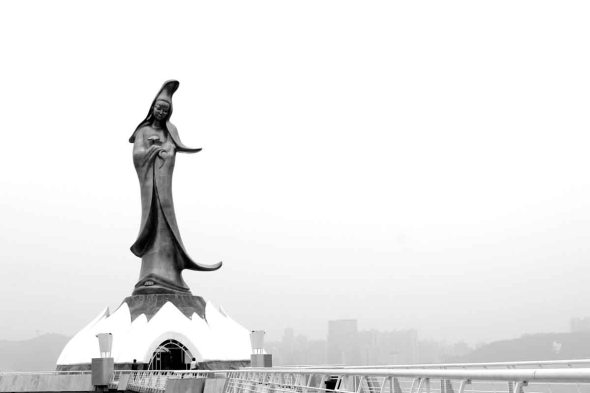 UNITY
This is the statue of Guan Yin, the Goddess of mercy, located on a manmade island off the city, near the Cultural Center of Macau. The statue is clad in bronze. It weighs 50 tons. The figure measures 20m (65ft) in height, and the lotus stand measures 7m (23ft) tall.

Although this statue represents Guan Yin, the Goddess of mercy, but when you take a closer look at it, it looks like Virgin Mary as well. This reminds me of a dream of mine in few days ago, in which I saw a figure who was dressed in a blue and white robe with a head piece, praying for the souls in the hell, with one hand in the praying gesture, standing on a lotus flower. That figure, at the same time, represents Guan Yin and also Virgin Mary.

I hope this spirit of unity of different cultures will remain and more of this kind of work will be seeing in other places as well. Let our world to be unified as one. 😀

A SMALL CITY
I was born and raised in this small city. The total land area of it is approximately 29.7 km2, included the two islands of Taipa and Coloane. Its little size would sometimes make me to think it is a town, rather than a city.

Also, this city is very religious. Many churches, chapels, temples and other religious communities could be found in here, and the distance between many of them is only within 2 minutes of walk. The various religious communities maintain peaceful relationship with one another. A temple located right behind a church, and a Christian community placed next to a temple. People are free to believe their own religion, and some of them are even followers of more than one single religion. The freedom of belief and respect given to each other make this possible to happen.

I hope everyone have a great New Year.
I wish you all have a prosperous and joyful year ahead and best of luck with everything. 😀